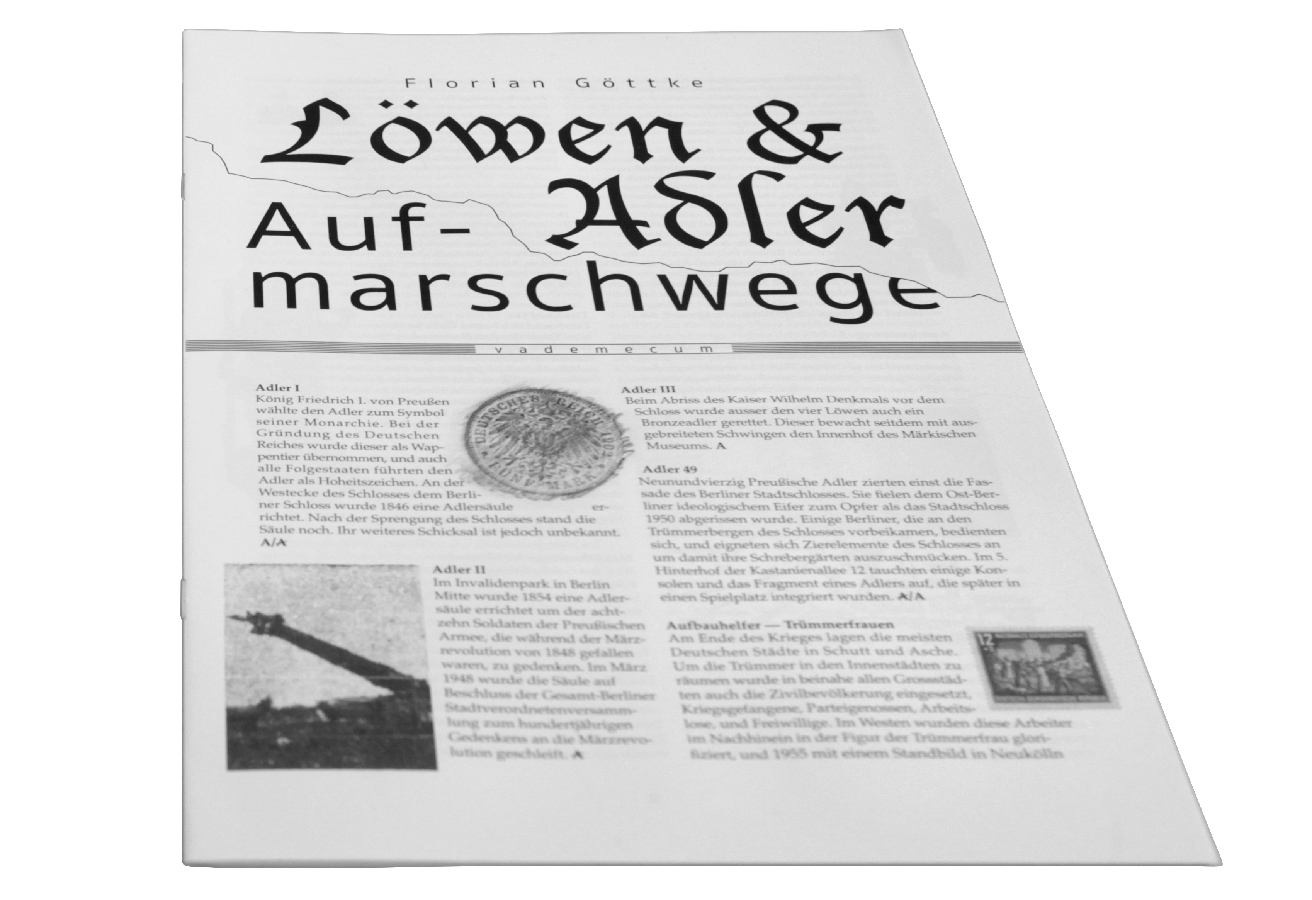 The booklet is part of the works “Löwen und Adler” and “Aufmarschwege” and its texts also serve as wall texts. The works trace concrete artefacts, moved from their original contexts into others to manipulate their symbolic meanings and transform their statuses. In the movement of these artefacts one can follow the centrifugal and centripetal forces that guided the political restructuring of the urban environment after the ruptures of the 20th century.