The effigy of the senior Indian politician Om Parkash Chautala stands in a small group of protesters in an urban area of Sonepat with three story high houses.

Behind the group a garlanded statue of Subhas Chandra Bose, a leading figure in the Indian independence struggle, looms over the crowd. The effigy in the foreground stands two heads taller than the surrounding protesters, supported by a couple of hands in almost tender gestures. The effigy is beautifully made from straw and cloth, wearing Chautala’s signature green turban and spectacles; his name is inscribed on the chest. Looking benevolently down in a seemingly an intimate exchange with the protester facing it, the effigy seems animated, almost alive. I would read the event as initiated to honour the effigy’s prototype, were it not for the flame that is licking at the edge of his shirt. 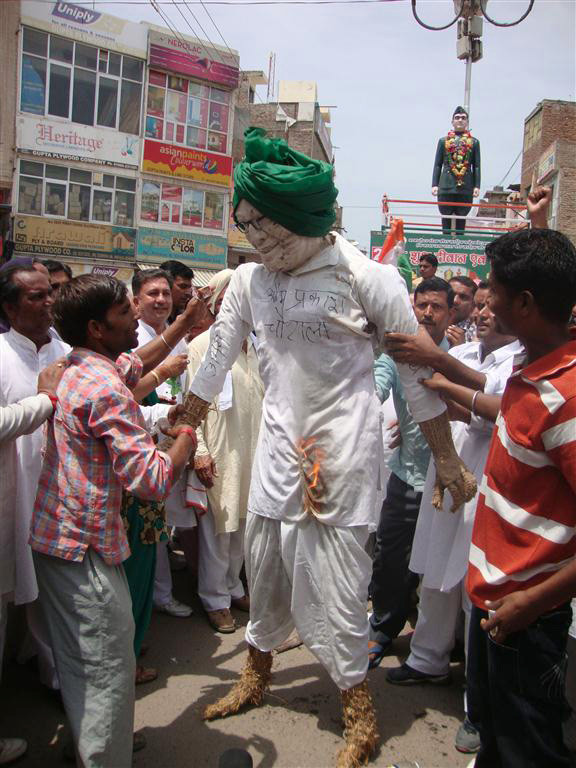