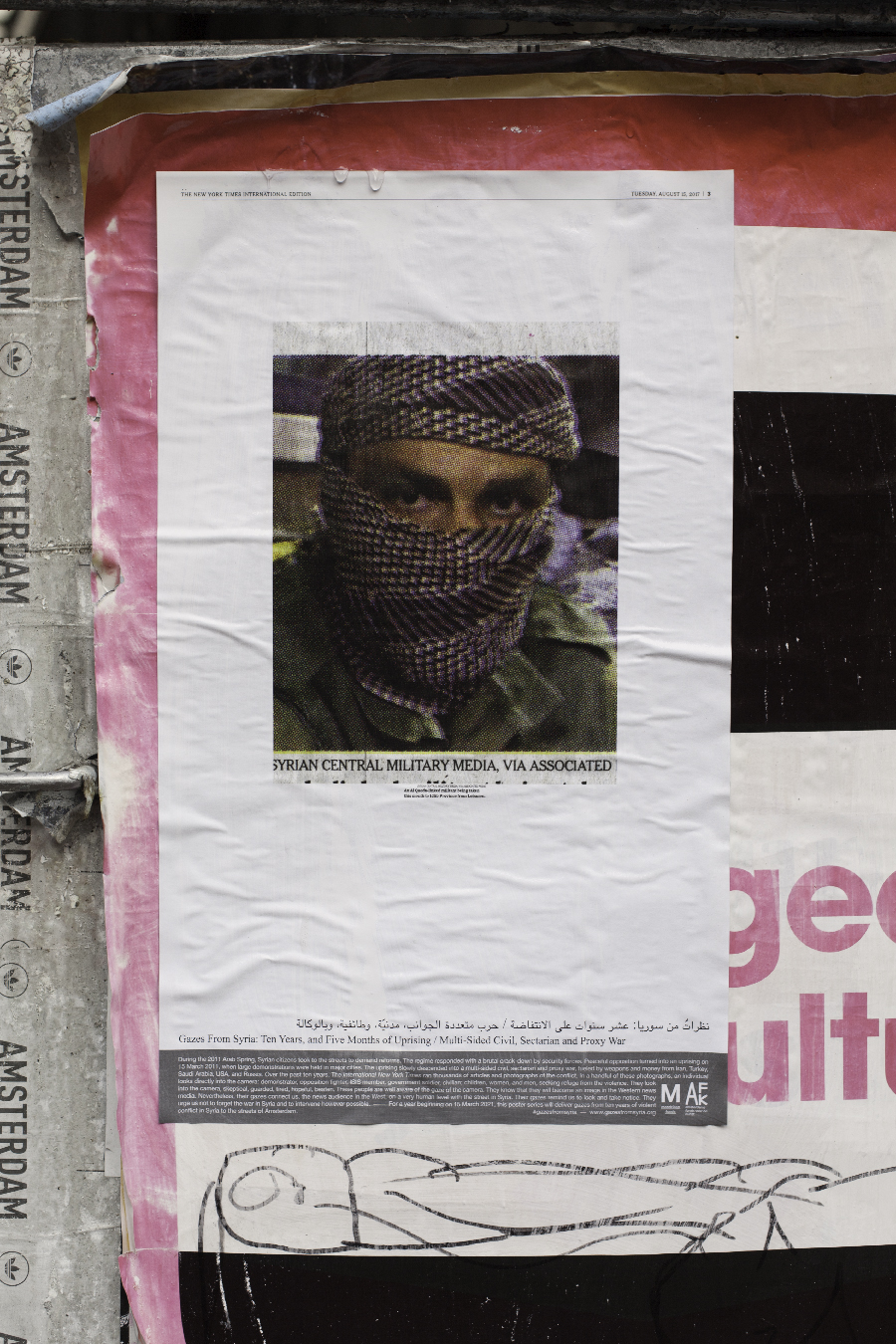 Inspired by protests in other countries, citizens in Syria went out into the streets to demand reforms from the regime of Bashar al-Assad in the Spring of 2011. When their demands were met with a brutal crack-down by security forces, peaceful opposition turned into an uprising marked by large demonstrations in all major cities on 15 March 2011. The uprising slowly developed into a multi-sided civil war, with ever splintering opposition groups, supported by weapons and money from Iran, Iraq, Turkey, Saudi Arabia, USA, Lebanon, and Russia. For years, the conflict played out prominently in the Western news media, but by now interest has faded away.

During these last ten years, the International New York Times featured thousands of articles and photographs of the conflict. Once in a while in one of these photographs, a person looks directly into the camera: demonstrator, opposition fighter, ISIS follower, government soldier, civilian, children, women, men, who had to flee from the violence. They look into the camera, sceptical, guarded, tired, hopeful, beaten. These people are well aware of the gaze of the camera and its implications. They know that they are to become an image in the Western news media.
Nevertheless, their gazes connect us, the news audience in the West, on a very human level with the street in Syria. They bring the war very close. These gazes remind us to look. They urge us not to forget the war in Syria and to intervene whenever possible.

Starting 15 March 2021, this poster series will bring these gazes from ten years of war to the streets of the Netherlands, on the day they were published in the newspaper.