About the Appropriation and Manipulation of Symbolic Artefacts in Berlin’s Recent History
Berlin has seen many moments of appropriation and manipulation of symbolic places and artefacts in the last 100 years. These are image practices that exploit buildings and objects in urban space in the service of the respective prevalent ideologies. At the moment, a replica of the Berlin Palace rises in the center of Berlin, a symbol of Prussian militarism and imperialism, which nonetheless is supposed to become a center for “dialogue with non-European cultures”. It is built on the site of the demolished East-German “Palace of the Republic”, which in turn was built on the site of the original royal Berlin Palace, which was demolished after WWII to create the space for “the people to express their will in mass demonstrations”. And what are we to think of the fact, that the monumental sculptures of the demolished royal palace were set up as representative ornamentation on the Stalinallee vis-a-vis the Stalin monument, and both were used to promote the “first socialist street of Berlin”?
The manipulation of symbolic sites, images and artefacts brings about clashes of meaning in which one can detect a fascinating variety of motifs like appropriation, rededication, doubling, echoing and mimicry. The artistic work, that I have developed during the months of my residency, consist of eight associative image constellations using archive material and a series of photographs from urban Berlin. Together they create a semantic web that traces the motifs of symbolic manipulation with a wealth of visual cross-references.
Part 1 of the project developed during a residency at ABA Berlin Alexanderplatz in 2011. 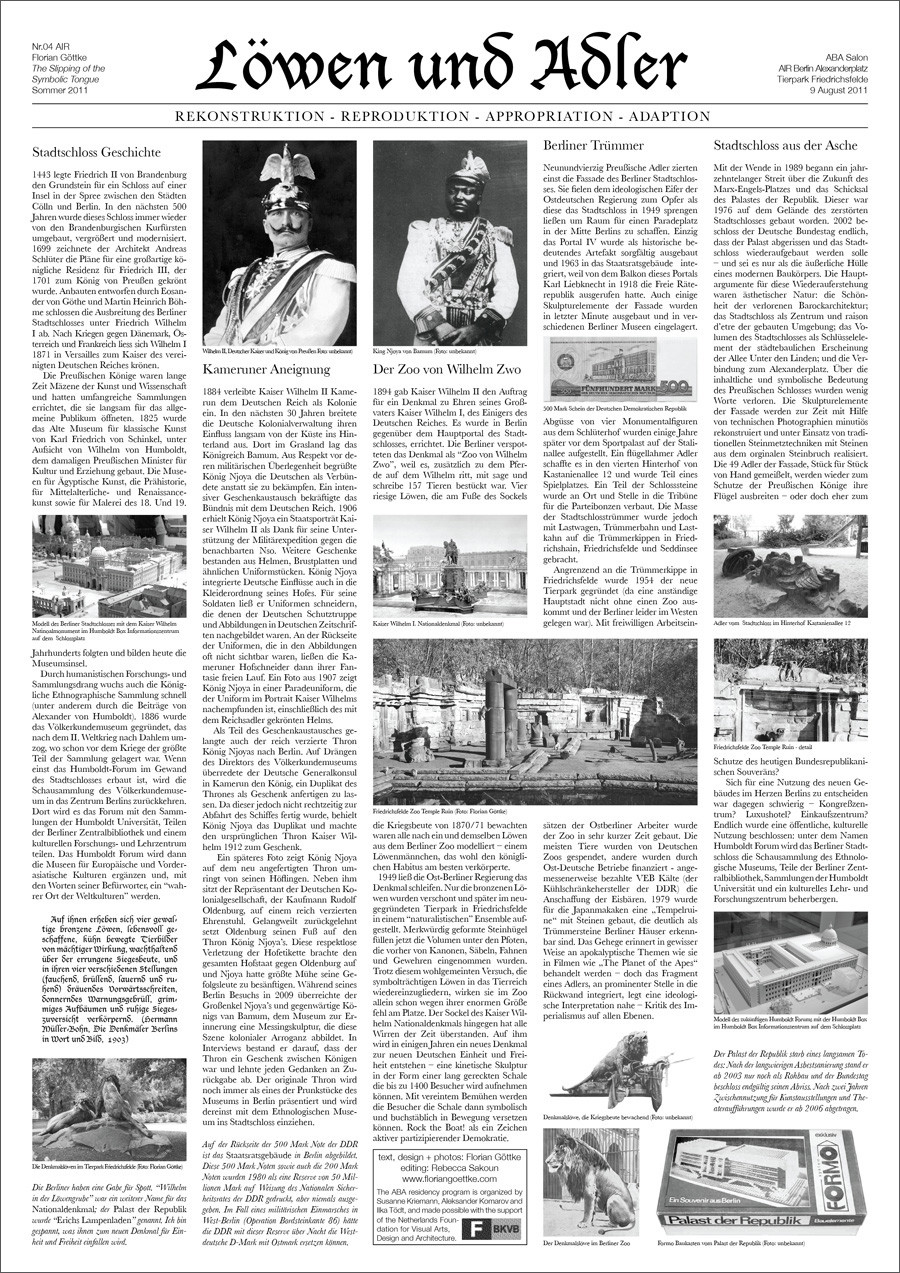 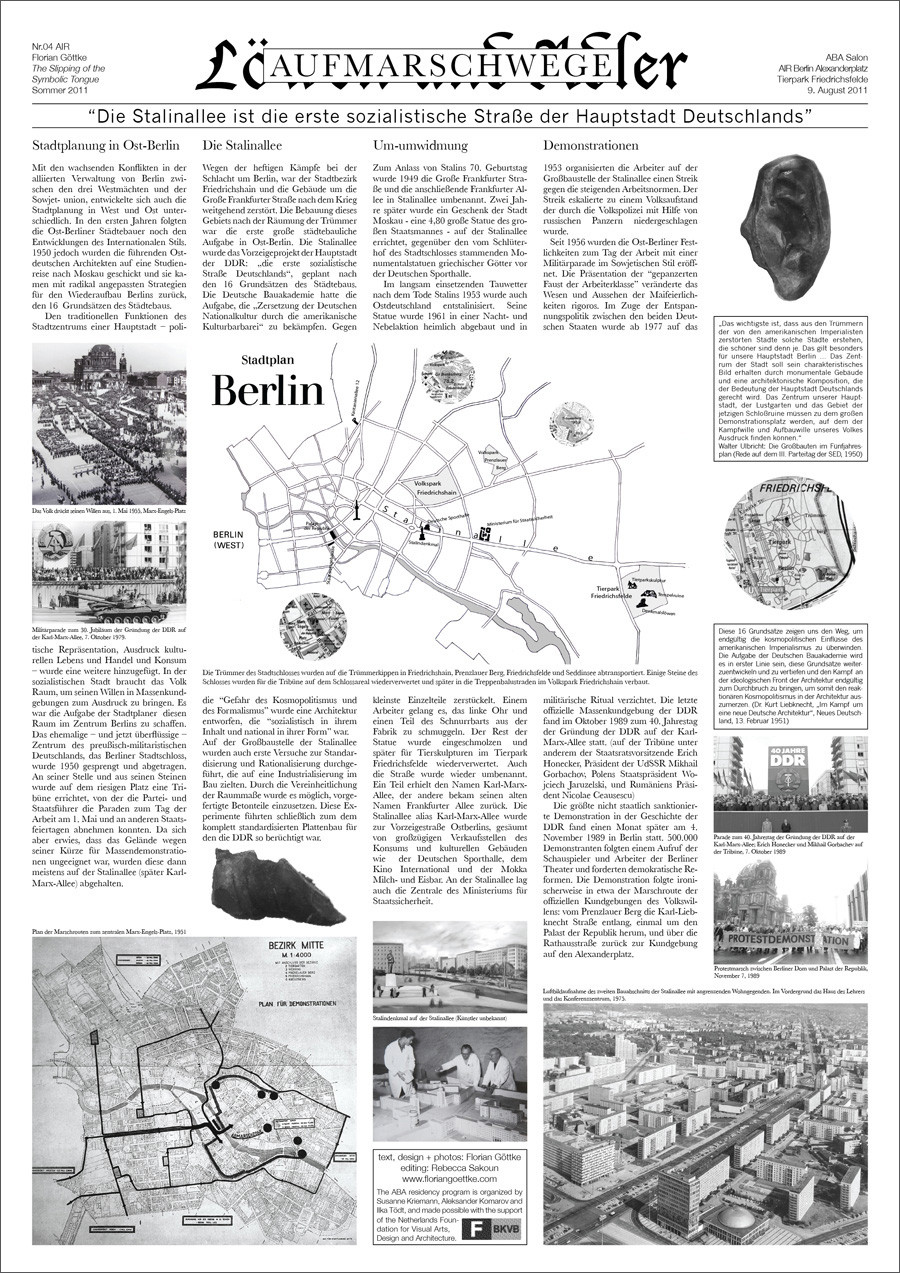