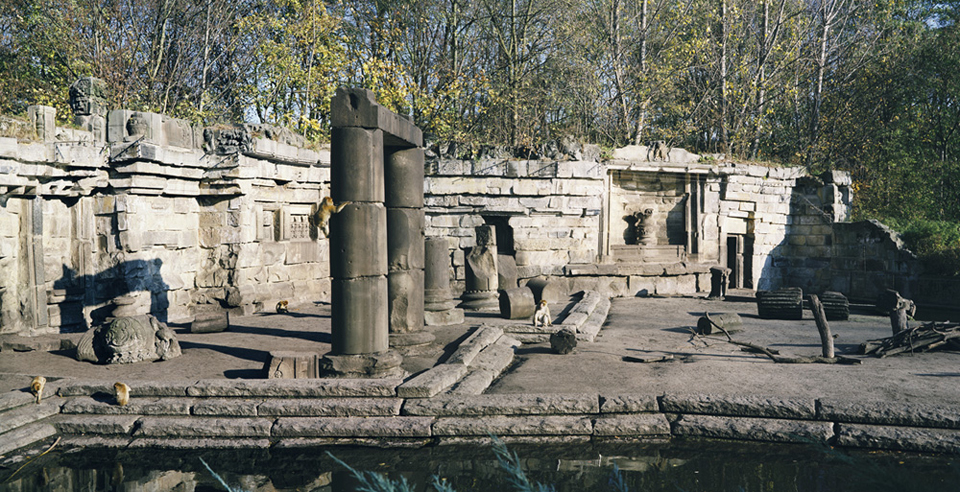 This “temple ruin” was built in 1979 as an enclosure for the Japanese Macaques in the Eastern Berlin Zoo Friedrichsfelde from actual rubble-stones from buildings destroyed in the Second World War. The monkeys here literally live in the ruins of Berlin.The question is, whether these stones were simply used as the most convenient building material for the enclosure or to make an ideological statement against the capitalist German Reich and the fascist regime that started the war?